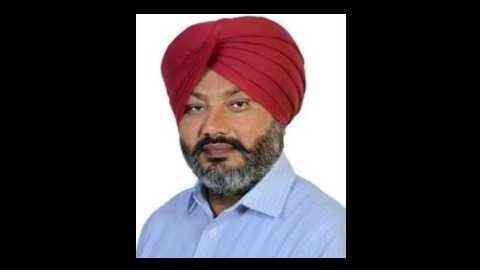 - DEMANDS BUDGETARY SUPPORT OF ₹1,125 CRORE FOR ASSISTANCE OF ₹1500 PER ACRE TO FARMERS FOR QUITTING STUBBLE BURNING

Submitting a comprehensive memorandum containing all the suggestions and demands of Punjab for the Union Budget 2023-24, the Punjab Finance Minister Advocate Harpal Singh Cheema on Friday sought a border area special industrial package of ₹2500 crore for the development of border districts of the state besides raising other major demands including the resolution of Cash Credit Limit (CCL) issue in line with recommendations of 15th Finance Commission sub-committee, budgetary support of ₹1,125 Crore for assistance to farmers quitting stubble burning, ₹1,000 Crore special assistance for modernisation of Police force and policing infrastructure in sensitive border districts of the state, Vande Bharat Trains from Holy City of Sri Amritsar to New Delhi and Bathinda to New Delhi, and a railway link between Rajpura and Chandigarh.

During the pre-budget meeting with the Union Finance Minister Nirmala Sitharaman held at Manekshaw Centre, New Delhi, the Punjab Finance Minister Harpal Singh Cheema said that Punjab being a border State with high stakes in national security needs to be considered along with other such areas in India as “Special Cases” to attract investors and industries. “A special package of Rs. 2,500 Crore be provided to the State of Punjab for the development of the Industrial Sector in the border districts of Pathankot, Gurdaspur, Amritsar, Tarn Taran, Firozpur, and Fazilka.

He said that this budgetary support would help the State Government in the setting up of infrastructure for Industrial Hubs and Parks specifically focusing on the One District One Products (ODOPs) and supplementing the promotion of exports besides providing special incentives or subsidies to the investors for establishing their industrial units in these border districts.

Raising the Cash Credit Limit (CCL) issue, Cheema said that the Sub-Committee notified by the 15th Finance Commission under the Chairmanship of Dr. Ramesh Chand, in its report has clearly verified claims of the Government of Punjab amounting to Rs. 6,155 Crore. He demanded early resolution of this issue in line with the rightful claims of Punjab as stated in the Sub-committee report by providing the state relief of Rs. 6,155 Crore from this unsustainable debt burden.

Demanding budgetary support of ₹1,125 Crore for assistance to farmers quitting stubble burning, Punjab Finance Minister said that the State Government has already requested the Government to India to support and collaborate by providing Rs. 1500 per acre as compensation to farmers in lieu of the additional cost to be incurred on the management of paddy stubble and thus to tackle the menace of stubble burning and air pollution. He requested to consider this proposal on priority in the interest of farmers' welfare as well as common citizens of NCR and demanded to provide budgetary support of Rs. 1,125 Crore in the Union Budget 2023-24 for the same.

Seeking ₹1,000 Cr Special Assistance for modernisation of the Police force and policing infrastructure in the sensitive border districts of the state, Harpal Singh Cheema said that the state needed to be equipped with the latest equipment, and adequate and well-trained police force to deal with constant threats as it shares a 550 km long border with a hostile neighbor. He said that state needs this special assistance for modernization of weaponry but also for improving the mobility of police personnel; for installation of CCTV cameras in border areas to increase surveillance; for upgradation of police buildings and for the construction of new Police Stations, especially in vulnerable border districts of Pathankot, Gurdaspur, Amritsar, Tarn Taran, Firozpur and Fazilka besides providing basic infrastructural amenities and better working and living conditions to the Police forces in this border State to keep them motivated.

Cheema also sought budgetary support of Rs. 160 Crore for deploying two battalions of Police force permanently in the border districts of Punjab, which would ease the pressure on BSF as well. He said that this 2nd line of defence would enable the State Police in destroying nefarious designs of anti-national elements and safeguard from threats emanating from narco-terrorism.

Cheema also demanded Vande Bharat Trains from Holy City of Sri Amritsar to New Delhi and Bathinda to New Delhi besides setting up a railway link between Rajpura and Chandigarh. He said that the state government would make available the required land to Indian Railway for laying a railway track between Rajpura and Chandigarh. He said that it would fulfill the long pending demand of the people of this region.

It is worth mentioning here that in the memorandum submitted today the Government of Punjab has raised a number of utmost demands of the state pertaining to fiscal and legacy issues, agriculture and industry, Punjab as a security case, infrastructural development, skill development, health and education, strengthening of local bodies, etc.