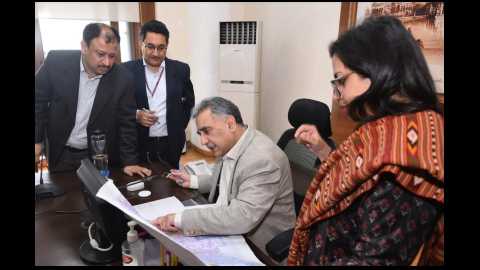 With concerted efforts of Chief Minister Bhagwant Mann, the State Government has received a communication from Ministry of Road Transport and Highways for disbursement of compensation & possession of encumbrance free land for all packages of Ludhiana-Rupnagar with Spur to Kharar section of NH-205K.

In a meeting held today under the Chairmanship of Chief Secretary Vijay Kumar Janjua regarding land acquisition of Ludhiana-Rupnagar highway, it was informed that decks have been cleared for disbursement and possession of land for the project.  The Chief Secretary Mr Janjua also directed Deputy Commissioners to expedite handing over of possession of land for all National Highway projects as these are going to boost economy of the State.

Secretary, Public Works (B&R) Nilkanth S Avhad apprised that a communication from Secretary MORT&H had been received and asked to expedite the work.