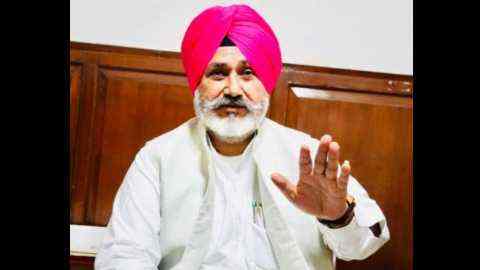 *war Against Dengue To Be Intensified, Increase Fogging And Monitoring In Affected Areas: Health Minister*

Nov11,2022 | Jk Batta | Chandigarh
*Need to act against the cause of Dengue Mosquitos, I appeal to the people of Punjab to follow precautionary measures: Health Minister*
Punjab Health Minister Chetan Singh Jauramajra on Friday called upon people to initiate joint efforts to contain breeding of dengue larvae with ensuring complete caution, awareness besides there should no stagnated water in the house premises, offices, open places and streets.
Punjab government led by Chief Minister Bhagwant Mann is already taking concrete steps against the increasing cases of dengue and health authorities have already been directed to ensure prompt treatment with requisite tests for effective prevention of the dengue, said the Minister seeking fulsome support and cooperation from general public in implementing all the precautions in larger public interest.
Mr. Jauramajra said that directions had already been issued to all civil surgeons to setup dengue wards, intensify fogging activities in rural and urban areas.
The Cabinet Minister said that the Health Department, with the support of the Panchayat Department and the Local Government Department, is taking immediate steps to prevent dengue by identifying dengue-prone sensitive areas in villages and cities. Work is being done to stop the breeding of dengue mosquito aedes agypti and to identify hotspot areas and conduct continuous monitoring of such areas.
Mr. Jauramajra said that prevention of dengue is possible only by eliminating the source of dengue mosquito production. He said that instructions have already been issued to the officials of the concerned departments regarding the prevention of dengue and to prevent the increase of dengue cases in villages/cities. Officials have also been asked to sensitize the people to seek medical advice immediately if any symptoms appear. He said that people are being made aware of the precautions to be taken to protect against dengue and it is being ensured that public announcements are conducted in rural as well as urban areas.
The Health Minister further said that the health department is continuously conducting activities regarding the precautions to be taken to protect against dengue and people are also being made aware regarding the symptoms of dengue. He said that more attention is being paid to the areas where cases are coming in large numbers. He said that in case of high fever accompanied by headache, pain in the back of the eyes and stiffness in the back, red patches on the body, one should get himself or herself tested for dengue and the number of platelet cells should be tested.