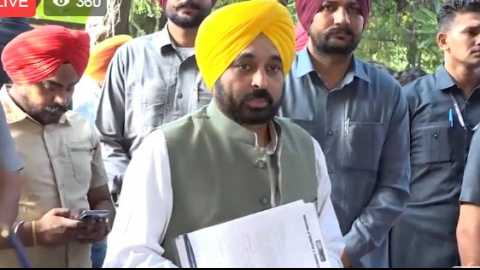 Oct29,2022 | Jk Batta | Chandigarh
Health Minister asks all stakeholders to join hands against vector borne disease
Bhagwant mann led Punjab government takes concrete steps against rising cases of dengue
In consonance with directions of Punjab Chief Minister Bhagwant Mann, Health and family welfare Minister Chetan Singh Jauramajra
has directed all the civil surgeons to make coordinated efforts  and stressed on awareness among  community regarding dengue prevention.
Minister asked civil surgeons to make arrangements of special dengue wards, step up fogging in rural as well urban areas and to enhance manpower for larvae checking. He said that Bhagwant mann led Punjab government has taken concrete steps against rising cases of dengue. He said that though dengue case load is very low as compared to last year but still there should be no laxity in terms of efforts being put in to control dengue.
Health Minister stated that Punjab  government is making all-out efforts to control dengue and trying its best to provide a safe environment to its citizens. He appealed the people to keep their houses and surroundings clean to avoid spread of dengue virus. He said the health department is coordinating with other line departments such as school education, rural development,local body department  to control the dengue virus.
The minister explained that dengue fever remained a worldwide and regional danger, imposing a significant public health burden on all communities despite the advancement in the field of medical sciences, however, awareness is a key to control the disease. He asked all the stakeholders to continue their efforts against dengue, he said, and stressed for the need for continuing media awareness on dengue. He urged that the youngsters should play their role in this campaign through social media as youth were receptive in nature and hold the maximum percentage in population.
The minister also appealed people to join hands against dengue and assured that the district administration and departments were taking steps on war footing for the success of dengue control campaign.