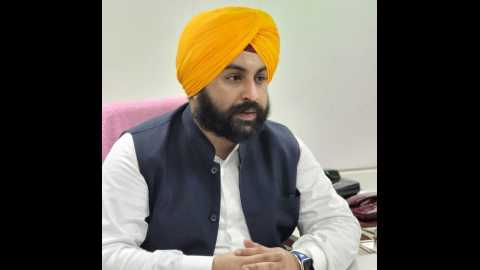 Punjab Government Schools To Be Named After Martyrs/freedom Fighters, Our Children Needs To Know The Sacrifices Of Their Forefathers: Harjot Singh Bains

Advancing on the path paved by the freedom fighters and martyrs, Punjab Chief Minister Bhagwant Mann led government has decided to named the government schools after the great martyrs and freedom fighters, informed School Education Minister Harjot Singh Bains. He reiterated that more than 80 percent of the Punjabis have sacrificed their lives selflessly in the Indian freedom struggle besides maintaining unity and integrity of the country and guarding the borders.

The village panchayat and the school management committee have been asked to pass the resolution for the schools, which are to be named after the martyrs/freedom fighters, and send the same to the state headquarters within next month through school principal along with the biographical notes about the martyrs/freedom fighters and the medals bestowed upon by the government regarding the martyrdom of the freedom fighters and martyrs, said the Cabinet Minister, adding that he will personally monitor the whole process and evaluate after 15 days.