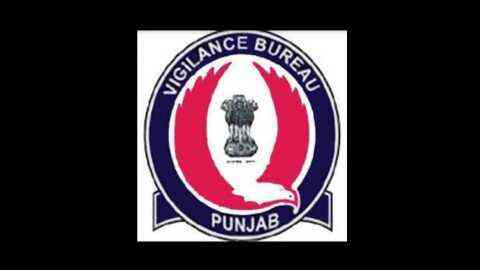 Aiming to curb the menace of corruption in the state, the Punjab Vigilance Bureau (VB) on Thursday nabbed a revenue Patwari Lakhbir Singh, posted at Dasuya, in Hoshiarpur district red handed for accepting a bribe of Rs. 10,000. In this case Gurdawar Tejinder Singh Goldy has also been nominated and will be arrested soon.

Disclosing this here today a spokesperson of VB said the above said Patwari was arrested on the complaint of Jugraj Singh, resident of village Usman Shaheed, Tehsil Dasuya.

Giving more details he informed that the complainant has approached the VB and alleged that the above said Patwari and Gurdawar were demanding a bribe of Rs. 10,000 for implementing division and demarcation of his ancestral agriculture land.

After verifying his complaint a VB team laid a trap and the accused Patwari was caught red handed accepting a bribe of Rs. 10,000 and tainted money was recovered from him in the presence of two official witnesses.

He informed that a case under prevention of corruption act has been registered against both the accused at VB police Jallandhar and further investigation was under progress.