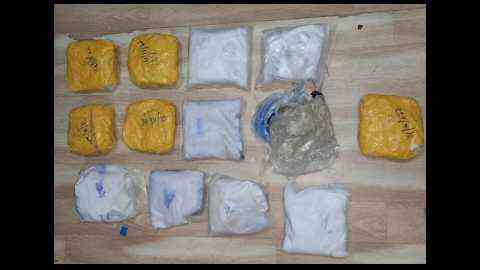 Those arrested have been identified as Sukhvir Singh alias Kala and Binder Singh alias Bindu, both resident of Rajasthan.

DGP Gaurav Yadav said that the Counter Intelligence Amritsar had received information from a reliable source that two persons traveling in a bus were trying to smuggle a huge quantity of heroin to Rajasthan and they are expected to depart from a bus near Verka Bypass. Following inputs, a case on secret information was registered under relevant sections of the NDPS act, he added.

He said that the Police team led by AIG CI Amarjit Singh Bajwa conducted a Special Police Naka near Verka Bypass to lay a trap and successfully arrested both accused persons when they alighted from the bus with a bag carrying 13Kg heroin.

AIG Amarjit Singh Bajwa said that further investigations, in this case, are on to find out the source and where the drug haul was supposed to be delivered.