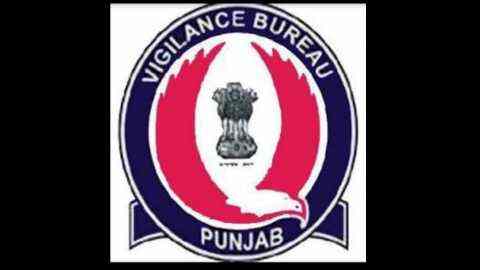 Nov10,2022 | Vijay Kakkar | Fazilka
The Punjab Vigilance Bureau (VB) during its ongoing campaign against corruption in the State on Thursday nabbed an Inspector of Police Bakhshish Kaur, posted as Incharge/SHO police station women cell, Fazilka red handed for accepting a bribe of Rs 10,000.
Disclosing this here today, a spokesperson of the VB said the accused SHO has been arrested on the complaint of village Gurdial Singh of Mandi Hazoor Singh, Fazilka.
Giving details he said the complainant has approached the VB and alleged that the above said police official was demanding a bribe of Rs. 40,000 for taking action against the culprits who have abused her daughter but deal was struck at Rs. 20,000. The complainant has further alleged that the SHO has already taken Rs. 8,000 as a bribe in two instalments and demanding Rs 10,000 as a third instalment.
The spokesperson added that after verifying this complaint, a VB team from Ferozepur unit laid a trap and the accused police official was caught red handed taking bribe money of Rs. 10,000 in the presence of two official witnesses. He informed that a case under Prevention of Corruption Act has been registered against the accused the woman SHO at VB police station Ferozepur and further investigation was under progress.