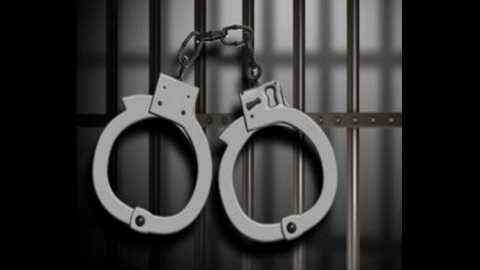 --Accused connived for embezzlement of 3191 quintals of wheat

Disclosing this here today a spokesperson of VB said during the year 2021, the District Food and Supplies Controller, Kapurthala, along with FCI officials personally conducted checking of stored wheat at M/s Khaira Open Plinths (Warehouse), Sultanpur Lodhi where approximately 24240.45 quintals of wheat were found to be less than the stored quantity. This wheat was meant to be distributed to the poor families by Food and Supplies department.

He informed that in this regard five inspectors of the department have been nominated for this embezzlement and out of them Vivek Sharma, Vikas Sethi and Bhupinder Singh (all inspectors) have already been arrested.

The said accused inspector Rajeshwar Singh, involved in this case, was on the run for about one and a half years. The accused surrendered in the Sultanpur Lodhi court from where the Vigilance Bureau arrested him and obtained his 3-day police remand.

Giving more details of this case, the spokesperson said according to the official records and report of the inspection committee, it was found by the VB that serious negligence has been committed during distribution of wheat by the above mentioned inspectors due to which many beneficiaries are still deprived of wheat distribution.

During the investigation, it was also came to light that the staff posted at Sultanpur Lodhi was grossly negligent in the maintenance of wheat records and storage due to which not only the stock of wheat was damaged but also shortage of wheat was found less than the actual quantity. On the basis of this enquiry an embezzlement case against Vivek Sharma, Bhupinder Singh, Vikas Sethi, Rajeshwar Singh (all inspectors) and Manish Bassi, Assistant Food and Supply Officer, Sultanpur Lodhi, has already been registered under sections 409, 120-B and Section 13(2) of the Prevention of Corruption Act at VB police station Jalandhar. He informed that further investigation of this case is going on.