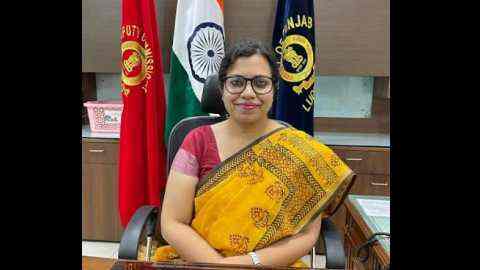 The district administration has urged the people to avail maximum benefit of the recently started portal www.eservices.punjab.gov.in for enrolment of  ‘Khangi Taqseem’ (family partition) in land records with ease.

Divulging further details, Deputy Commissioner Surabhi Malik said that Punjab Chief Minister Bhagwant Mann had launched this portal last month for streamlining the entire process of 'Khangi Taqseem'. She said that citizens could apply for ‘Khangi Taqseem’ in a single click on the portal with details, including their name, father/husband name, name of the village, sub-tehsil/tehsil, district, khata and khewat number along with the memorandum of proposed partition and field map depicting portioned parcels of land duly signed by all shareholders.

Malik said that later the application was processed by the Circle Revenue Officer concerned to Kanungo in charge and then the patwari concerned. After verifying all facts of the memorandum with the revenue records, the parties were called for official formalities and to initiate the mutation proceedings. She said that after entering the mutation, the patwaris concerned would present it to the kanungo for verification and finally before the CRO concerned (Assistant Collector Grade-2) for the final orders.

Deputy Commissioner said that the Punjab government was committed to facilitating the people and more services of the revenue department would be offered digitally.