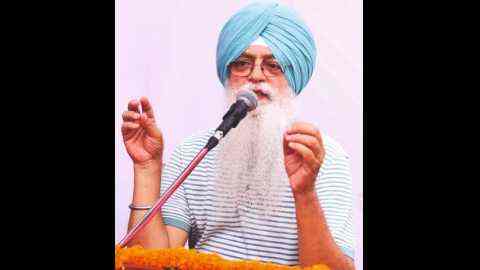 Nov13,2022 | Gautam Jalandhari | Ludhiana
*SAID, THE PUNJAB GOVERNMENT LED BY CHIEF MINISTER BHAGWANT MANN IS CONTINUOUSLY STRIVING TO PROVIDE BASIC FACILITIES TO THE PEOPLE OF THE STATE*
The Punjab government led by Chief Minister Bhagwant Mann is continuously making efforts to provide basic facilities and clean environment to the people of the state.  Taking another step in this direction,  Local Government Minister Dr.  Inderbir Singh Nijjar said that the Punjab government has decided to beautify Ludhiana, under which around Rs 15 crore will be spent for various development works.
Diviluing more details , the Local Government Minister Dr. Inderbir Singh Nijjar said that reconstruction of Dhandri bridge will be done using mastic asphalt and ready mixed concrete with bituminous concrete, reconstruction of road will be done from Chandigarh Road to Tajpur Road at Ward No. 16-17 on Puda road.  Apart from this,  along with Budha Nallah the road from Chand Nagar Pulli to Kundan Puri Railway line at Ludhiana  will also be reconstructed.
Dr.  Nijjar further said that the development of green belt in Ludhiana will be done from Petrol Pump to Jalandhar Bye pass RHS Wing, Aman Sweet to Jalandhar Bye pass LHS wing.  Development of green belt on both sides Will be done from Shiv Puri to Kundan Puri railway line crossing including Budha Nallah, he also added.
The Cabinet Minister said that similarly, the development of various parks of Ludhiana, the boundary walls of the parks and other repair work will also be done so that people can get better facilities and a clean environment for walking.
The Minister further said that the tenders for these works in Ludhiana have been uploaded by the Local Government department on 8 and 9 November 2022 on the department's website eproc.gov.in.  Tender bids will be opened on 18th and 25th November 2022 at 11.00 am.
The Cabinet Minister has directed the officers of the department to ensure transparency and quality in the work so that the dream of Punjab Government led by Bhagwant Mann to provide corruption free administration to the people of the state can be fulfilled.