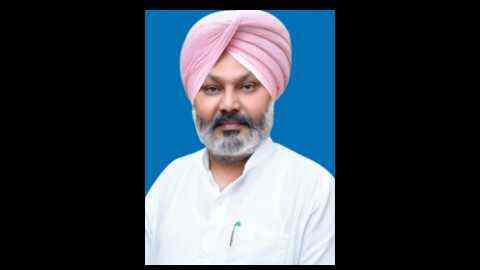 Nov10,2022 | Balraj Khanna | Patiala
Punjabi University will not face financial crisis - Finance Minister
Government will deal strictly with elements trying to spoil peace of state – Cheema
Finance Minister attends inter-regional youth and folk fair of Punjabi University
The Punjab government under the leadership of Chief Minister Bhagwant Singh Mann would not allow anyone to spoil the peace of the state and it would strictly deal with the mischievous elements. This was expressed by the Finance, Planning and Taxation and Excise Minister of Punjab Advocate Harpal Singh Cheema. He was here to attend the inter-regional youth and folk fair of Punjabi University.
Speaking on the occasion, Finance Minister Cheema said that the state was reeling under fiscal mess when Bhagwant Mann government take charge but with the tireless efforts and initiatives taken to plug loopholes, government has ended the loot of state treasury besides increasing the revenue collection.
Cheema assured that the Punjab government stands by Punjabi University and would not let it face any financial crisis. He said that the government would also contribute to lighten the increased financial burden of Rs 9 crore caused due to recommendations of the Seventh Pay Commission.
The finance minister said that the government has increased the annual grant of the university from Rs.8 114 crores to Rs. 200 crores to clear the university debt of Rs. 150 crores.
Describing the importance of youth fairs, the Finance Minister said that cultural fairs help in keep youth away from drugs. He encouraged youth to fix their targets and work hard to achieve these. He said that tireless efforts would help them to succeed in life. Reminiscing his days at Punjabi University, he appealed the youth to make best use of the golden time they were spending here.
Later, replying to a query regarding incident of firing at Kotkapura during an informal conversation with journalists, Harpal Singh Cheema said that the Punjab government would not allow anyone to take law and order into their hands or disrupt the communal harmony. He said that the government would maintain peace in the state and strict legal action would be taken against the culprits.
Meanwhile, MLA Dr. Balbir Singh made the youth take a pledge to contribute to environmental protection. He said that the youth could make a big contribution in realizing the ‘Rangla Punjab’ (vibrant Punjab) dream of Chief Minister Bhagwant Mann. He appreciated the youth's participation in Bhangra and folk arts.
Earlier, Punjabi University Vice-Chancellor Prof. Arvind welcomed the Finance Minister Harpal Singh Cheema and other guests. On this occasion, Chairman of Milkfed Narinder Singh Shergill, Head of Youth Welfare Department Gagan Thapa, Dr. Nivedita, Dr. Principals, professors and students of various colleges including Bhiminder Singh, Daljit Ami were also present.