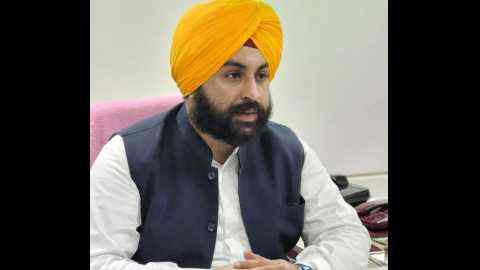 ---: Punjab School Education Minister Harjot Singh Bains on Thursday said that the sports branch of department had released the schedule of inter-school games to be held in the current and next month.

The Minister said that all District Education Officers had been apprised about the sports to be held between the students of primary, middle and senior secondary wings under 14, 17 and 19 years of age groups. He said that the host district would make requisite arrangements for the students, teachers and officials to be deputed on duty for sports events in different games.

Directions have also been issued to provide morning tea, breakfast and dinner as per the stipulated menu near to the accommodations and playgrounds, said the Minister adding that lunch would also be given in playground premises along with the tea.