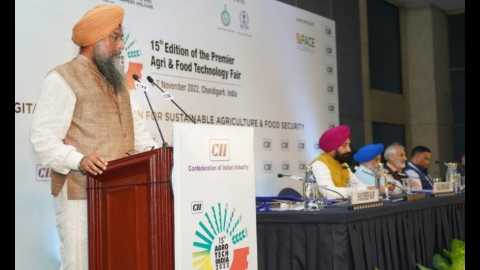 Punjab Vidhan Sabha Speaker S. Kultar Singh Sandhwan said that Punjab Government is moving in the right direction under the leadership of Bhagwant Mann and it is determined to bring farmers out of agrarian crisis.

Addressing the gathering on the occasion of Premier Agri and Food Technology Fair at the CII Northern Region headquarters here today, Mr. Sandhwan said that due to the absence of a concrete and effective agricultural policy in the changing conditions, the crisis of agriculture has increased in Punjab and now the Punjab government led by Chief Minister Bhagwant Mann is continuously trying to bring the farmers out of the crisis. He said that Punjab has played an important role in making the country self-reliant in the field of grain. He said that there is an urgent need to take the state out of the crop cycle of paddy and wheat, for which agricultural diversification needs to be adopted. In order to implement this, the Center should ensure minimum support price for crops other than wheat and paddy. He also emphasized on the need to adopt new schemes and new initiatives to bring the farmers out of various crises.

The Assembly Speaker said that such fairs play an important role in imparting information to the farmers about the new initiatives and new technologies in agriculture and horticulture. Farmers can be continuously informed about new technologies by organizing farmer fairs. He said that these fairs can produce better results in rural areas. This will make it easier for the government and other industrialists to reach the farmers. 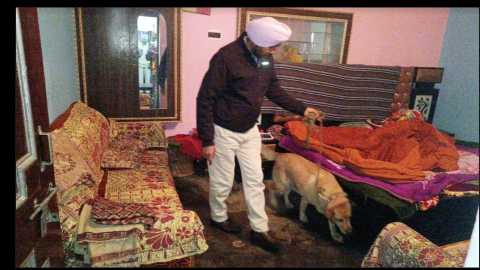 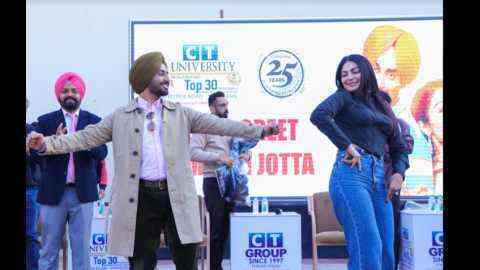