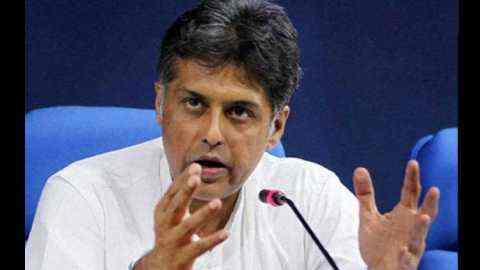 Nov30,2022 | Jk Batta | Ropar
Lok Sabha Member from Sri Anandpur Sahib and former Union Minister Manish Tewari has demanded registration of a case of  culpable homicide regarding the  tragic death of  three children in the train accident at Lohand Bridge at Sri Kiratpur Sahib. In a letter written to Railway Minister Ashwini Vaishnav he demanded compensation to the victims’ families.
In the letter Tewari drew the attention of the minister towards the tragic accident in which 3 innocent children, 7-year-old Mahinder, 8-year-old Vicky and 11-year-old Rohit, were killed when a passenger train run over them at Sri Kiratpur Sahib. were killed due to entrapment. While one child was seriously injured. The accident happened on November 27 at around 11.30 am.
MP Tewari said that he met the families who were in mourning after the death of their children. This painful accident has shaken the families and the people of Sri Kiratpur Sahib. He said that the families of the deceased children are very poor and live in slums. In which there is a lot of protest about the lack of security arrangements on the railway line.
He said that after this accident, a question also arises as to why the train driver could not see the children on the railway line at 11.30 in the morning. Even though the railway station is only 800 meters away, the train did not slow down. This is a clear case of negligence, due to which 3 innocent children lost their lives.
MP Tewari has demanded from the Railway Minister that a case of culpable homicide should be registered regarding this incident and compensation should be given to the families of the children killed in this painful accident.