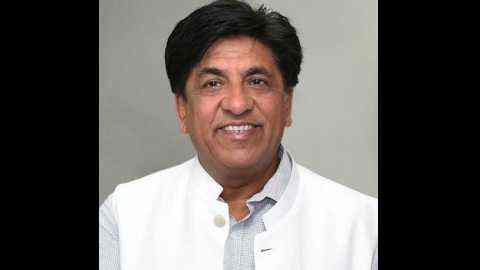 -Waiving off electricity bill arrears of gaushalas is a revolutionary decision: Revenue Minister

Punjab Revenue Minister Bram Shanker Jimpa on Tuesday said that the Chief Minister Bhagwant Mann's decision of waiving off the electricity bill arrears of 20 government gaushalas and verified registered gaushalas till October 31 is a revolutionary step. He said that the government will continue to take such pro-people decisions for the welfare of people under the leadership of Chief Minister Bhagwant Mann.

In a statement issued here, Jimpa said that recently the Punjab Cabinet has given nod to waive off the arrears of electricity bills up to October 31 of registered gaushalas including 20 government gaushalas. With this decision, while the financial burden of the cowsheds will be reduced, the cowsheds will be strengthened to take care of the helpless animals in a better way. Pertinently, the funds for this work will be utilised from PSPCL's collected cow cess.

Jimpa said that since the Punjab government under the leadership of Chief Minister Bhagwant Mann started serving the people, many decisions and guarantees have been implemented which are directly benefiting the common people.

He said that while the electricity bill of lakhs of people of the state has started coming to zero, the financial condition of the state has also been improving. Jimpa said that it is just the beginning and many more pro-people decisions will be taken for the betterment of the state in the near future.

He said that since the first day, the Mann government has crackdown against corruption and is commitment to deliver a clean and transparent administration to the people of Punjab. Jimpa said that every minister, MLA and representative of the honest government is working diligently to raise and improve the living standard of the people.