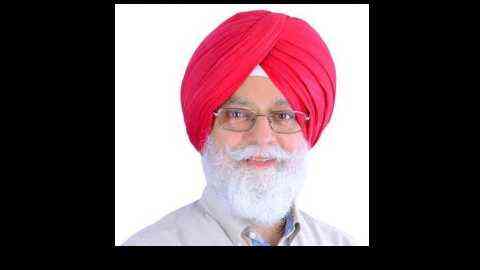 The Punjab government led by Chief Minister Punjab Bhagwant Mann is making full efforts to provide basic facilities and clean environment to the people of the state. Taking another step forward in this direction, Punjab government has decided to spend approximately Rs.11.21 crores on development works for the beautification of Mohali. The Department has already started the tender process for these works.

Apart from this, supply/providing of man platform for pruning of trees with heavy machine vehicle of zone-1 and zone-2 of Mohali, construction work of playgrounds at different places at Ward No. 34 of Sector-70 and various projects in Zone-2 of Mohali. Patch work/repair work will be done at different wards under zone-2, he also added.

The Cabinet Minister further informed that apart from these works, construction of Ambedkar Library at Guru Ravidas Ground Phase 7 as well as supply/installation of split air conditioners and other electrical works at Mohali Library will be done. He said that operation and maintenance of mini super suction machine and sewer jetting machine will also be done.

Cabinet Minister Dr.Inderbir Singh Nijjar said that the main priority of the state government led by Chief Minister Bhagwant Mann is to provide basic facilities to the people of the state and make their lives better and easier.

He said that the Local Government Department has already published e-tender for these works on the website www.eproc.punjab.gov.in. He also informed that if any amendment is made in these tenders, the details will be available on the same website.

The Minister further said that the main objective of the Punjab government led by Chief Minister Punjab Bhagwant Mann is to provide corruption free administration to the people of the state, so he has directed the officials to ensure transparency and quality in the work of the department.