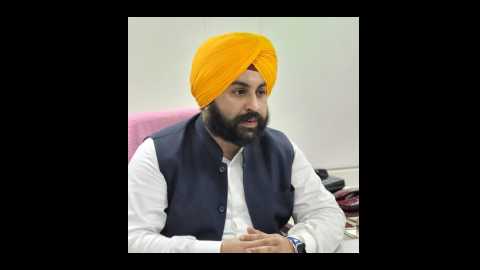 - Punjab is the land of gurus, saints and great philosophers, who preached humanity to stay away from caste and creed and all kinds of discrimination - Harjot Singh Bains

Punjab School Education Minister Harjot Singh Bains has issued an order to rename of all government schools across the state, those have been named on the basis of caste and fraternity.

Disclosing this here today, Mr. Harjot Singh Bains said that several cases have come to his notice regarding the names of many government schools in the state being associated with a caste community, which makes them feel uncivilised in the present era and at the same time promote caste segregation in the society.

He said that all the students, irrespective of secular and caste, were being given equal education on the basis of equality in the government schools of Punjab under which the names of government schools could not be related to class or caste.

The Education Minister said that Punjab is the land of gurus, saints and great prophets who have taught humanity to stay away from casteism and all kinds of discrimination.

He said that in today's era, these names have a profound effect on the tender minds of the students and sometimes many parents also refrain from enrolling their children in government schools because of these names.

In this regard, a report has been sought from all the District Education Officers and Elementary Education, about the schools of different caste-based names running in their jurisdiction. After receiving this report, the heads of the department will be to prompt action to rechristen these names.