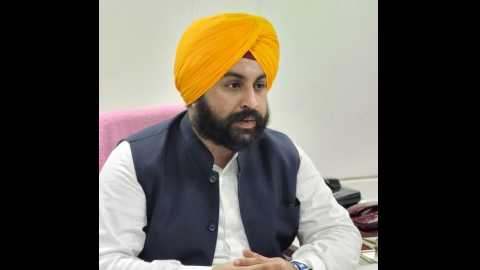 Mann Government Releases Grant Worth Crores For State Of The Art Infra In Govt. Schools

45.66 crores Rupees to be incurred to replace defunct equipment to replace with news ones : Harjot Singh Bains

Taking another step in the direction of establishing a better structure in the government schools of the state, the Punjab government led by Chief Minister Bhagwant Mann has released Rs 45.66 crore for the purchase of new goods in place of damaged or dilapidated conditions goods in government schools.

Disclosing this information, the Punjab State School Education Minister. Given by S. Harjot Singh Bains said that this amount has been released to government elementary (primary and middle) and high and senior secondary schools of the state. He said that with these funds new infrastructure to be purchased in place of damaged equipments in schools.

He said that apart from this, sports equipment, laboratory equipment and necessary teaching aids will be purchased. Also, this amount is used for maintaining the infrastructure including classrooms, libraries, labs, toilets and others.

The Education Minister said that the Punjab government is committed to transform the government schools into centers of education in the true sense.