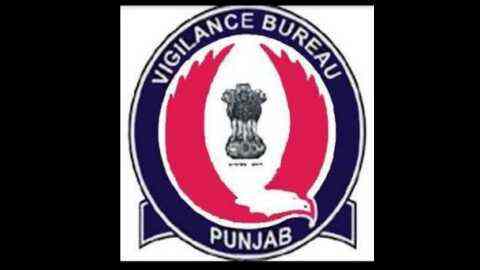 Nov26,2022 | Jagrati Lahar Bureau | Chandigarh
Aiming to eradicate the menace of corruption in the state on the directions of Chief Minister Bhagwant Mann, the Punjab Vigilance Bureau (VB) on Saturday has arrested Executive Officer (EO), Municipal Council (MC) Gurdaspur, Ashok Kumar for misappropriation in the grants released by the state government.

Disclosing this here today a spokesperson of the state VB said that the state government had released development grants to the MC Dinanagar in the current fiscal. During investigation by the VB, it has come to light that accused EO Ashok Kumar, during his posting at Dinanagar, has approved a fake bill to purchase street lights from a local vendor to the tune of Rs 1,97,000 but actually no purchase was made and prepared a forged bill to usurp the money for personal gains and to use it as an utilisation certificate meant to be forwarded to the department.
He further informed that the VB probe has also revealed that the accused EO has committed embezzlement in the grants released under PMIDC scheme for Dinanagar MC. In this regard a case under prevention of corruption act has been registered against the said EO at VB police station Amritsar. Further investigation of this case was under progress.