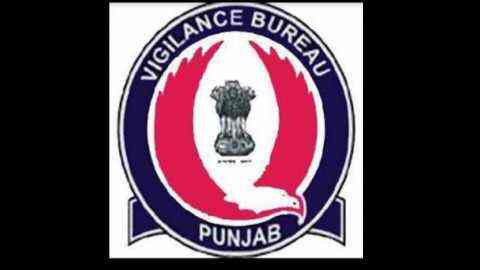 Aiming to eradicate corruption in the state on the directions of Punjab chief minister Bhagwant Mann, the Punjab Vigilance Bureau (VB) during its anti corruption campaign on Friday nabbed an Inspector Legal Metrology (Weight and measurements) Varinderpal Sharma posted at food and civil supplies department Barnala red handed accepting a bribe of Rs. 4,380.

Disclosing this here today an official spokesperson of the VB said accused Varinderpal Sharma has been arrested on the complaint of Pankaj Kumar, a licensed repairer in the legal metrology department.

The spokesperson further added that after verifying his information, a VB team laid a trap and the above mentioned accused Inspector was arrested while accepting a bribe of Rs. 4,380 from the complainant in the presence of two official witnesses.

He informed that a case under Prevention of Corruption Act has been registered against the accused at VB, police station Patiala and further investigation was under progress.