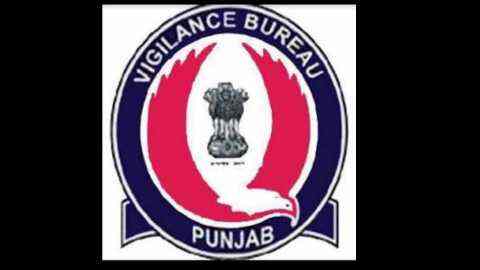 The Punjab Vigilance Bureau (VB) today arrested five truck drivers along with their vehicles laden with scrap belonging to different passers (Agents) which were causing huge loss to state exchequer by evading the GST in connivance with concerned officials. In this regard, a case under section 420, 465, 467, 468, 471, 120-B of IPC and 7, 7(A), 8 of prevention of corruption act have been registered at VB Police Station flying squad-1 at SAS Nagar.

Disclosing this here today, an official spokesperson of VB said vehicles laden with iron scrap belonging to different passers were evading GST and with forged bills or without bills and less amount bills of different states. The iron scrap was meant for consumption in the furnaces of Mandi Gobindgarh and Khanna area and the nexus was busted by the economic offences wing of VB, Punjab, he added.

He informed that the arrested truck drivers are identified as Gaurav Kumar, Ram Kumar, Ashok Kumar, Jaswant Singh and Joginder Singh who belongs to state of Haryana and Punjab. These accused would be produced in the local court and further investigation would be conducted into the matter to unearth the names of other notorious passers to which these iron scrap material belongs and the concerned furnaces responsible for causing huge loss to the state exchequer, he added.